What’s at the end of the road of life? 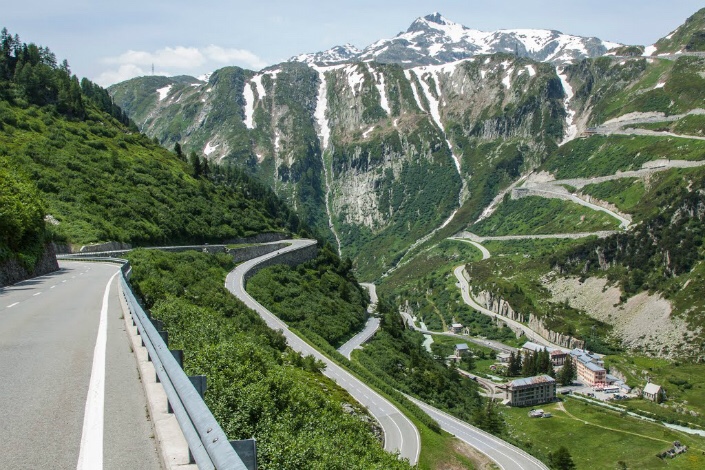 Modern roads & freeways are built to get you to your destination fast. Engineers have mastered how to take control over the wildest mountain passes, rivers, gorges and maximize the bank in turns to keep vehicles safely on the road at greater speeds.

On our 50th anniversary trip through E Europe, we drove over a gorgeous pass in the Julian Alps of Slovenia featuring 53 switchback turns. What an engineering feat.

Not so along Paul’s road of faith where he repeatedly encountered dangerous and wrong way drivers, unavoidable obstacles & axial breaking potholes.

Paul’s letter to the church in Galatia (in the middle of modern day Turkey) shows how many believers wreck their new cars on such traffic hazards.

14 “May I never boast except in the cross of our Lord Jesus Christ, through which the world has been crucified to me, and I to the world.”

(Notice that Paul is not boasting/bragging/taking confidence in his own abilities, accomplishments or awards!)

15 “Neither circumcision nor uncircumcision means anything; what counts is the new creation.”

(The intellectual argument of that time was, so to speak, what is your proudest physical identification mark? Were you circumcised as a Jew with the sharpest knife? Maybe you’ve been baptized with a certain amount of water that sets you apart from other Christians who are baptized with either more water or less water. Or is your greatest identification in your new creation in Jesus Christ alone?)

16 “Peace and mercy to all who follow this rule—to the Israel of God.”

(Paul jumps to a major conclusion that those who recognize their new identity in Jesus Christ are the new Israel….the new people of God.)

17 From now on, let no one cause me trouble, for I bear on my body the marks of Jesus.

18 The grace of our Lord Jesus Christ be with your spirit, brothers and sisters. Amen.

Paul concludes this eloquent thesis on the high road: “it’s by grace we are saved by faith; not of works so that no one can boast.” Eph 2:8-9