The Pathway to Healing

The Pathway to Healing… http://restoreddestiny.com/
As a survivor, whose life has been deeply impacted by childhood sexual abuse, I know its effects are far reaching. It changes our perception of ourselves, the people around us, and the life we were created to live. It silences our voices, creating separation and fear where none was meant to exist.
Recently I heard sexual abuse described as “the attempted murder of a soul.” It banishes its victims into a “no-man’s land” that is so vast it often feels as though hope does not exist beyond its borders. Many victims remember the road that brought them there in vivid detail, while others may sense something is wrong but not recall the source of their pain as wounds lie deeply buried in time. Some remember much later—with images both seen and felt—then try to forget again, hoping the consequences will go away too. Yet each new day, a victim remains captive to the tyranny of others’ sins until a pathway of healing and freedom is taken. 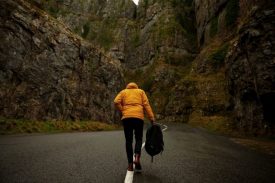 There seem to be as many steps along that pathway as there are experts to tell us about them. Some believe sending the perpetrators to jail will bring freedom to victims, and I agree that justice is needful and empowering. Nevertheless, no criminal trial or civil suit can ever undo what was done or change the way we talk to ourselves when no one else hears. Others believe that recovery is found in a counselor’s office as we learn to re-frame our stories, identify our coping strategies and modify our behaviors. I am a firm believer that counseling can indeed be helpful, having benefited from it myself. In addition to all these helpful steps, I have discovered the ultimate source of healing in my life to be my personal relationship with God. Not in the misconceptions I had as a child of a tyrannical god—who even denied me the opportunity to acknowledge my pain—but in the God I subsequently came to know and experience through Scripture, prayer, and relationships with others who also know Him. I believe God had a good plan (a destiny) for my life long before abuse entered my story, and I believe His heart’s desire is still to reveal that plan and to restore me to Himself. This is the journey I desire to share with visitors to my blog.