Rekindling the Call with Fresh Fire from Heaven 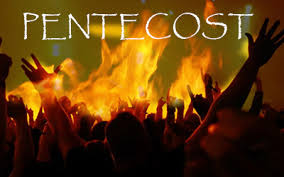 I was a child when I first sensed God’s call to foreign missions. Life happened and many years later, I thought I had missed out, Then when I was 40 years old and working as a staff person on campus I heard God’s call again. I worked in a department that had international student interns. I befriended a student from Japan and was surprised to discover she had never read the Bible. God burdened my heart for the Japanese as a result of her story. Later he opened my eyes to the needs of other students from the 10/40 Window on campus as well. I went to my pastor for guidance. I had no missions training or experience, other than serving in prison ministry for several years, but I was passionate in my pursuit of God’s heart for the nations!. My home church prayed for me and sent me out in search of like-minded churches/Christians with a heart for this work. Eventually, I ended up in a large, downtown church that invited me to begin a Sunday school class for international students. I began with four students whom we met at a campus event. One year later, I was serving a 100 internationals at social events and through a friendship partner program I began. All I knew to do was pray and respond however I sensed the Spirit leading me, and a ministry was born that expanded to impact 3,000 students, from more than 100 nations, over a 15 year period!

A couple of years after beginning the ministry, I discovered InterFACE Ministries on the internet. They were offering a bus trip to Florida for international students during Christmas so I contacted them to see if my students could participate. I drove ten of my students to Atlanta and met the Culvers, who were directing this national ministry. For many years, we served international students together on occasion, and I attended InterFACE staff conferences. They became my mentors. When my position at the church ended in 2015, I officially joined InterFACE as a part-time staff person. I value the support the InterFACE team has provided through the years. They have provided much needed wisdom, insight, and prayer support. The primary thing I have learned from them is servant-heart-leadership. It is a blessing to serve the nations in their company!