O death where is your sting? 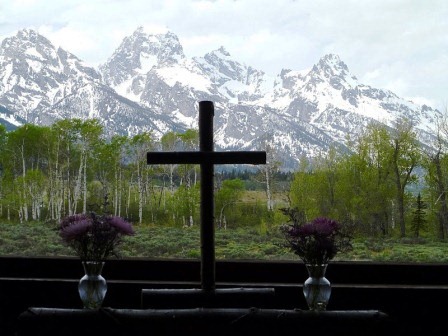 “Where, O death, is your victory?

Where, O death, is your sting?”

The sting of death is sin, and the power of sin is the law. But thanks be to God! He gives us the victory through our Lord Jesus Christ.” 1 Corinthians 15:55-57

My brother in Colorado is an allergist who guided me to the best allergist in Atlanta 35 years ago after I was stung by a wasp. That sting gave me a general reaction rather than a specific reaction that is limited between two joints of the sting.

The sting of death almost took me home to heaven one afternoon when I was helping paint the house of the pastor of New Covenant Church, Terry Mulford. I was stung by a wasp in my upper back, close to me heart. Terry asked, “Are you allergic to bees?” I told him no because I’d been stung before. But little did I know there is a difference between a general reaction where the wasp stung me & its venom went directly to my heart.

Insisting that he drive me to a doctor office, I realized why he kept asking me if I was allergic to bees. I looked at the vanity mirror, saw that my face was enlarged with hideously purple and blue botches, and suddenly I could only speak with a thick slur.

So rather than wait in line at a doctor’s office he dropped me off at the ER where the nurse on duty didn’t bother to ask for my name, my ID card, more of my insurance card.

That’s when I knew I was in serious trouble. (In the USA, hospitals always ask for your ID card and insurance card.)

With a quivering finger she simply motioned for me to lay down on the nearest gurney where another nurse quickly took my pulse and screamed “he has no pulse; he’s dying!”

I remember as everything around me was turning gray, I was able to tell her, “I’m still here.” (In my thick slur it probably sounded more like, ”ammm til hair.”)

An Eppy shot suddenly woke me up and I lived to tell about it.

There’s a little bit more to the story.

Because it was a late Friday afternoon, I needed to drive home (against Doctor’s orders) to prepare for a group of international students coming for our Friday night dinner and discussion.

Lynn saw me as I entered and she was exiting to meet a niece who was in town for that evening. She knew something was wrong & asked me as we slipped pass each other why I had a bandage on my arm. I muttered that I had a small run-in with a wasp.

A few minutes later our female staff who was a registered nurse, walked in the door with a van load of Chinese doctors & scholars. As I started to welcome everyone, she looked at me, notice I was pale white, had a bandage on my arm from the IV, and blurted out, “Are you in anti-falactic shock?”

I mumbled, “Yeah, I think that’s what the doctor told me.”

Bless her heart, she ordered me (didn’t ask me), “Go straight to bed!” I tried to plea with her about the need to minister to the students & scholars. I remember her telling me that my life was more important than the meeting. So she left with all the students while I feel deeply sleep. The next morning I told Lynn the rest of the story.

But the best story of all is the story of what happens after the sting of death?

The first international student to become a follower of Jesus Christ, whom we now know as Paul the apostle, wrote these words:

“Where, O death, is your victory?

Where, O death, is your sting?”

The sting of death is sin, and the power of sin is the law. But thanks be to God! He gives us the victory through our Lord Jesus Christ.”

In other words, there is someone more powerful than death. That person is Jesus Christ who proved his power over death and it’s cause: sin.

His proof: after his resurrected from the dead, Jesus appeared to his disciples and up to 500 people before he ascended to heaven. Jesus’ resurrection sets him apart from all other religions and ways to heaven.

Someday each of us will die. When that day happens will you also be resurrected to eternal life with Christ in heaven? Are you sure of His victory over sin & death for your life?