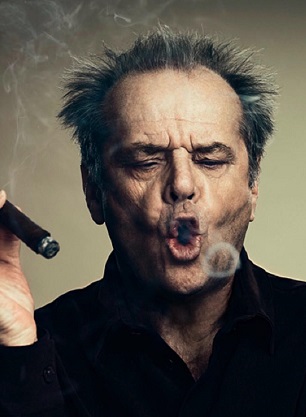 When was the worst insult the best compliment you’ve ever received?

(Remind me to write a blog about the second incident. I think it’s funnier!)

The first one happened while I was still a graduate seminary student in Southern California during the early 1970s hippy days. And thus my hair and sideburns were a smidgen bit longer.

But that’s only part of how one’s physical appearance can get in the way of important facts.

What were the facts as I walked home that afternoon after I dropping off my car to have it serviced at a nearby gas station (back in the old days when they used to perform real auto mechanical service)?

Suddenly, I was awakened by Lynn telling me that there was a man who wanted to talk to me. She may have said it was a “police man” but I’d been in a deep sleep and so I didn’t grasp the entire situation.

Prior to taking a nap, I removed my Penilton long sleeve shirt and hung it on the door handle of the closet. So as I was coming out of the bedroom, I was tucking in my T-shirt so I would look more presentable to whom ever it was I was supposed to meet. Knowing it would take an extra few seconds to tuck in my T-shirt, I walked around the back way from the bedroom into the kitchen, where to my surprise I saw a policeman standing by the rear kitchen exit door. By his posture, I could tell he wasn’t just standing by the door: he was blocking the door so that I couldn’t get out.

In baseball language, that’s when I knew I had “STRIKE 1” against me.

But what had I done to deserve a police officer at my back door? Trying to be friendly, I greeted him with a smile and said hello. He didn’t return the smile nor offer to shake my hand.

As I turned the corner from the kitchen to the living room I was surprised to see two more uniformed police officers, one blocking the front door and the other standing beside a detective…..and Lynn wonder what the bleep I had gotten myself into this time?!

(Someday I’ll write a separate blog how I’ve met other police officers for things I had done in grade school thru high school that created a healthy barometer for knowing when I was guilty vs. free of condemnation.)

Knowing I was not guilty for whatever they were going to accuse me of allowed me to calmly awaited their questions.

The detective started at the top of his obvious reasons for wanting to arrest me (even though they had not yet charged me nor told me why I was being questioned).

The detective pointedly asked me if I would go with them to a “lineup” were a witness could identify me. As I walked up the driveway to the squad car I was flanked on all four sides by police officers who thought they had their man.

Before I touched the police car, a young boy in the neighborhood popped out in this cowboy outfit with his hands on his toy guns, starred at me and asked, “Mister, are there arresting you?”

I didn’t even know why they were hauling me away to be identified.

As they drive me to the scene of the crime, I noticed my door appeared to be the unlocked position. I jokingly asked if they were afraid I might jump out of the car. With a wicked smile, the officer sitting next to me said, “It is locked. It’s designed to test you!”

A few blocks later we arrived at a parking lot where an older man could ID me as the one who tried to steel his car!

That’s when I learned why they wanted to arrest me. The victim described a thief with the long hair, wearing a dark plaid long sleeve shirt but the thief abandoned the car and was last seen running down Colorado Blvd!

I matched the general description. A few minutes later a police squad car spotted me walking down Colorado Blvd and into my house; called for backup; surrounded my house; and knocked on the door that Lynn opened in bewilderment.

I matched the general description except for the crucial face to face “lineup” recognition.

Turns out there was no real lineup. As I sat in the squad car, a police officer 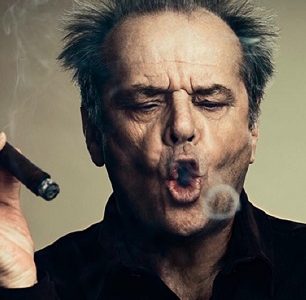 rolled down my window and a semi bald, gray haired, cigar smoking gentleman poked his head through the open window, looked at me, blew putrid smoke in my face and said, “Nah. He’s not the one!”

Moral to the story: as forgiven sinners who know our new identity in Jesus Christ, God sees our heart and reveals it to others.

“Humans look at outward appearances, but the Lord looks into the heart.” 1 Sam 16:7

Thank you Heavenly Father for giving us a clear conscience as a weapon of war fare to fight the good fight of faith against injustice and evil.

Fight the good fight of the faith. Take hold of the eternal life to which you were called when you made your good confession in the presence of many witnesses. 1 Tim 6:12

The weapons we fight with are not the weapons of the world. On the contrary, they have divine power to demolish strongholds. We demolish arguments and every pretension that sets itself up against the knowledge of God, and we take captive every thought to make it obedient to Christ. 2 Cor 10:4-5

As servants of God we commend ourselves in every way: in great endurance; in troubles, hardships and distresses; in beatings, imprisonments and riots; in hard work, sleepless nights and hunger; in purity, understanding, patience and kindness; in the Holy Spirit and in sincere love; in truthful speech and in the power of God; with weapons of righteousness in the right hand and in the left; through glory and dishonor, bad report and good report; genuine, yet regarded as impostors; known, yet regarded as unknown; dying, and yet we live on; beaten, and yet not killed; sorrowful, yet always rejoicing; poor, yet making many rich; having nothing, and yet possessing everything. We have spoken freely to you, and opened wide our hearts to you. 2 Cor 6:4-11