How an insignificant verse changed the course of my ministry 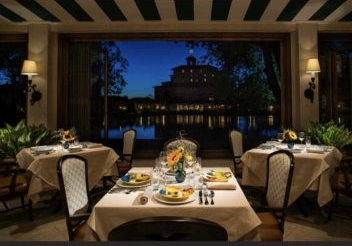 After graduating from Fuller Theological Seminary in 1972, my wife, Lynn, and I were excited to begin our first full-time formal ministry as Young Life staff in Columbia at the University of Missouri. I had 8 weeks to prepare for that assignment during which time I was looking for the right job that would help provide a $1000 down payment for a house we wanted to buy.

Yes I know, it’s hard to imagine that $1000 was more than we could ever imagine!

Lynn was 4 months pregnant with our first child (Betsy), so I was eager to get to work right away. Three jobs immediately opened up:

Anybody knows an ordained minister can’t work in a Bar and Grill. It just doesn’t sound right serving alcohol!

So I asked my father for advice and told him my 3 options.

He walked me through each one, explaining the pros and cons and then asked the obvious question: “Where would you make the most money if your goal is to save up that amount for a down payment on a house?”

#3. The Broadmoor Hotel where I worked each summer during college and where I met Lynn in my second season.

So I prayed …. and cheated. Yes, I admit I often cheat when I pray. I include fasting as a weapon of warfare. Anything to get ahead for the sake of “knowing Christ, the power of His resurrection and participate in His sufferings.” (Philippians 3:10)

The still small voice of God spoke to me to read Psalms 69:12

“Those who sit at the gate mock me, and I am the song of the drunkards.”

That tiny, insignificant verse, struck the core of my heart. Could I put my pride aside, be willing to be mocked and become the song of the drinkers?

So I ended up returning from my 5th summer season at the Broadmoor Hotel and experienced one of the most fruitful times sharing my faith with other waiters and employees but was asked by my supervisors not to do so to offend any of the patrons.

However, on my final night at the Tavern and at my final table with a family of six, I was asked by the father, “Why do you have such a big smile and enjoy serving?”

I looked at the four children and realized the two oldest girls were the same age but one didn’t look like either the mother or father.

I pondered what that meant but went ahead and replied what came into my mind. I merely said, “Jesus is Lord.”

Spontaneously, everyone in the family started crying.

Opps. I was puzzled, trying not to create a scene, I wanted to know what just happened.

The father look at me with tears in his eyes (and even as I remember that day I am still filled with tears) and said they had just adopted the other teenage girl who was his daughter’s best friend in Rapid City, South Dakota and whose family had been swept away and drowned in a horrible flood earlier this summer (https://en.wikipedia.org/wiki/1972_Black_Hills_flood). 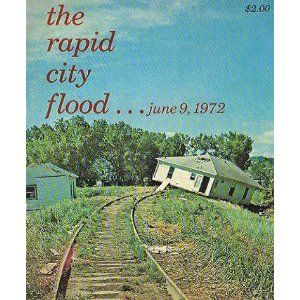 he joy of sharing in their suffering and praying with them to appreciate our faith that Jesus is Lord brought the house down. (The tears are still flowing.)

Is Jesus Lord of your life? Do you want to “know Christ, the power of His resurrection and …. (how about understanding/accepting/appreciating) participating in His sufferings.”

Want to talk about it?